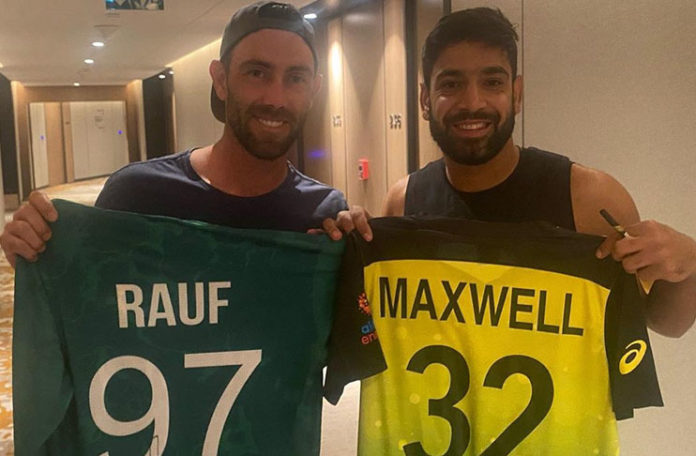 After the second T20 World Cup semi-final, Maxwell and Haris reunited for a picture and exchanged their signed shirts.

While sharing the picture on social media, Maxwell highly praised Haris for his rise in the Pakistan team.

“I’m so proud of how far this young man has come! What he has done for the Melbourne Stars and Pakistan cricket has been extraordinary! He is a fine human and a great teammate, and someone who I will always treasure as a friend. You are a superstar,” he wrote.

Pakistan remained unbeaten in the group stage of the extravaganza. The Green Shirts also beat their arch-rivals India for the first time in any World Cup that too by 10 wickets. They lost to Australia by five wickets in the semi-final.