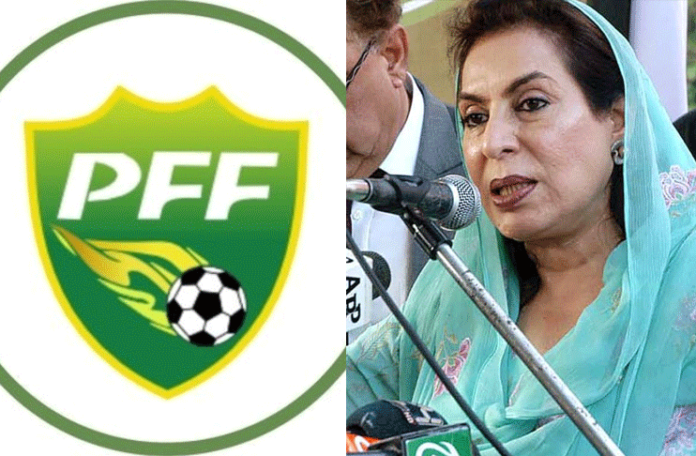 Federal minister Fehmida, while talking to the media at the inauguration ceremony of the Pakistan Sports Board (PSB) pool has announced to establish a new football federation of the country.

“Pakistan succeeded in the FIFA following the untiring efforts of the government and the Normalization Committee (NC). We will form a new Pakistan Football Federation,” she said.

The federal minister further revealed that the draft of the National Sports Policy (NSP) has been formulated which will benefit the players.

“We have formulated the draft of the NSP and these new policies will benefit the players,” she said.

“The NSP will provide funds and opportunities for transgenders, men, and women,” she added.

Fehmida further talked about the upcoming South Asian Federation (SAF) Games and claimed that the committees for the games have already been formed, while the data of the players has also been concluded.

“A meeting will be held on April 4 regarding SAF Games. We have formed committees and also seemed suggestions from all the federations,” she said.

“We have also formed an elite pool and compiled the data of the players,” she concluded.