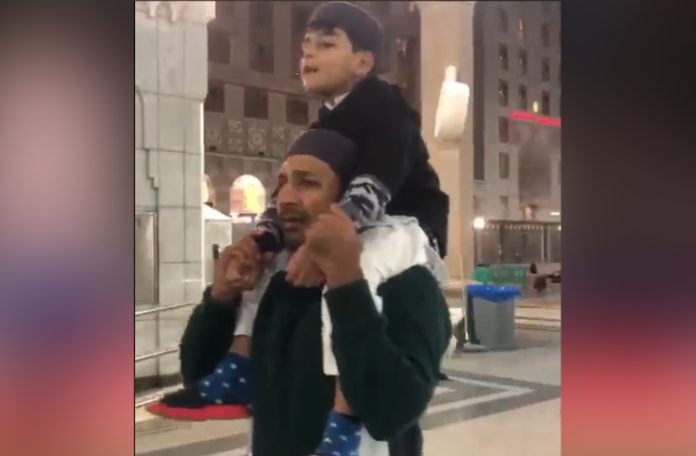 A video of former Pakistan skipper Sarfaraz Ahmed and his son Abdullah reciting Naat has gone viral on social media.

In the video, the wicket-keeper batter can be seen holding his son Abdullah on his shoulder while the father-son duo is reciting Naat in a beautiful voice.

The Naat recitation has received lots of comments, likes and shares from the netizens. This wasn’t the first time when Sarfaraz was seen reciting Naat with his son.

Sarfaraz is not only a good naatkhwan but he is also a Haafiz-e-Qur’an.

He also showed off his Qira’at skills by reciting the Quran at an event held in 2019.

Meanwhile, fast bowler Shaheen Shah Afridi also shared a picture of himself at the Khana-e-Ka’aba while having the privilege to perform Umrah.

It is pertinent to mention here that the 24-year-old Shaheen has been out of action since suffering an injury during the last year’s ICC T20 World Cup final. He underwent a prolonged rehabilitation program and missed the recent home Test season and ODI series against New Zealand.