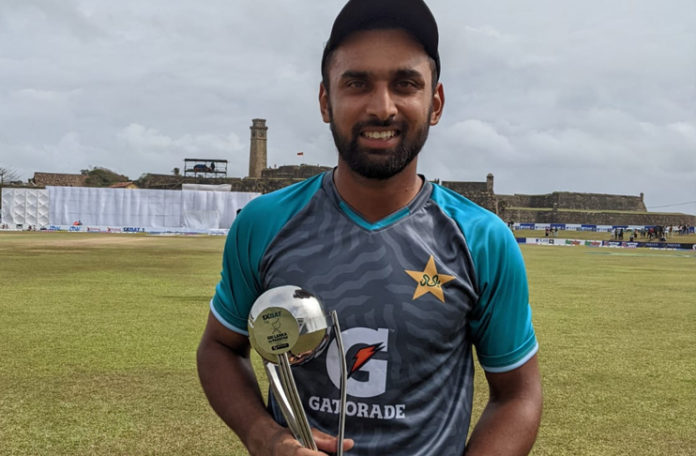 GALLE: Abdullah Shafique starred for Pakistan with a blistering knock of 160 not-out as the touring side clinched a thumping win against Sri Lanka by four wickets on the final day of the first Test, here on Wednesday.

Abdullah led the charge for the Green Shirts during their chase of the massive 342-run target set by Sri Lanka in the final innings of the match.

Pakistan resumed their second inning on the final day with the overnight score of 222/3 and sailed comfortably towards the target despite losing three wickets along the course and a brief delay due to rain.

The overnight pair of Mohammad Rizwan and Abdullah provided a solid start to the day’s play as they added another 55 runs to the total before Rizwan fell prey to the spinner Prabath Jayasuriya following a crucial 40-run knock.

Debutant Agha Salman failed to impress for the second time in the match and managed only 12 runs before Jayasuriya removed him on a caught-behind wicket.

Hasan Ali’s short-lived knock brought Mohammad Nawaz to the crease who scored 19 runs to take his side towards the finish line with undeterred Abdullah on the other end.

For Sri Lanka, spinner Jaysuria remained phenomenal with the bowl throughout the game as he grabbed four wickets in the second inning followed by a five-wicket haul in the first. Whereas, Ramesh Mendis and Dhananjaya De Silva took a wicket apiece.

Moreover, Pakistan completely dominated the hosts during the last two days of the Galle Test as the Green Shirts had a flourishing start to their chase on the previous day after wrapping up Sri Lanka’s second inning on 337.