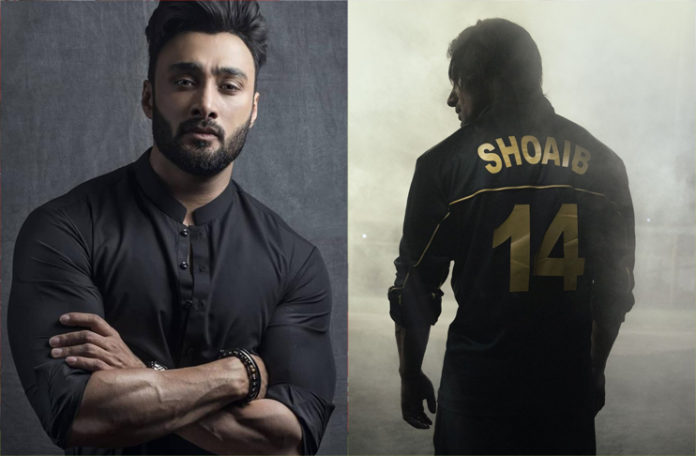 KARACHI: Renowned Pakistan singer and actor Umair Jaswal on Wednesday announced that he will be portraying the role of the legendary pacer, Shoaib Akhtar, in the latter’s biopic Rawalpindi Express – running against the odds.

Akhtar, who is also known as ‘Rawalpindi Express’ for his sheering pace and lightning-quick deliveries, announced his biopic in July this year.

Akhtar’s biopic will be the first international film about a Pakistani sports figure, and it will be released on November 16, 2023.

In the latest development, however, renowned singer and actor Jaswal came up with an announcement and revealed that he will be playing the pacer’s role in the biopic.

“Bismillah! Super excited to announce & share this with all of you. I’m honoured to play the living legend, Mr. Shoaib Akthar on the big screen in RAWALPINDI EXPRESS,” Jaswal stated on social media platforms.

“With Allah’s blessings may we succeed in our endeavours. We look forward to bringing to you a first-of-its-kind biopic film worthy of worldwide recognition,” he added.

BISMILLAH
Super excited to announce this with all of you 😊 honored to play the living legend, Mr. Shoaib Akthar on the big screen in RAWALPINDI EXPRESS
With Allah’s blessings may we succeed in our endeavours. Aameen . #rawalpindiexpress #umairjaswal #qfilms @shoaib100mph pic.twitter.com/3YruNBxJPX

Meanwhile, Akhtar, while announcing the launch of his biopic in July, regarding his journey, while sharing glimpses.

“Beginning of this beautiful journey. Announcing the launch of my story, my life, my Biopic. ‘RAWALPINDI EXPRESS – Running against the odds’,” Akhtar wrote on Twitter.

“You’re in for a ride you’ve never taken before. [The first] foreign film about a Pakistani Sportsman. Controversially yours, Shoaib Akhtar,” he added.

It is apropos to mention here that Akhtar represented Pakistan in 46 Tests, 163 ODIs, and 15 T20Is. He took 444 wickets including 16 five-wicket hauls.