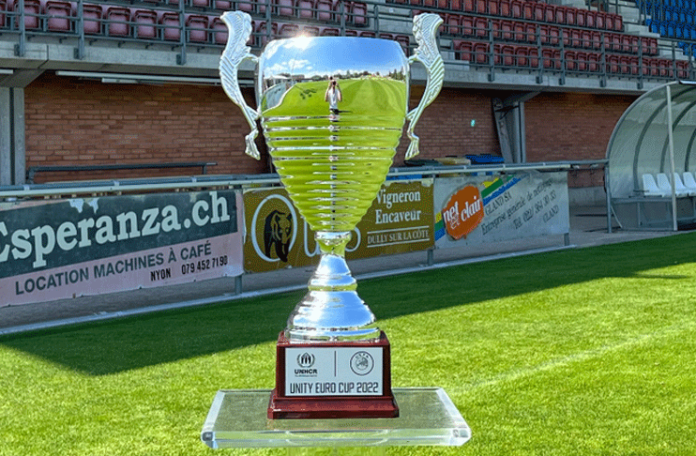 UEFA announced on its official Twitter account that the association and UN Refugee Agency had launched a new friendly competition that would take place next place, as part of its Refugee support program.

🤝 ICYMI: UEFA and @Refugees have launched a new friendly competition – the EURO UNITY Cup – with eight mixed teams to play next week.

❤️ That's because we believe football is for everyone, and can play a vital role in building a brighter future.#WithRefugees #WorldRefugeeDay

Eight mixed refugee teams of Europe will take part in the action along with ambassadors of the footballing world at Colovray Stadium in Nyon, scheduled on June 29.

Austria, Belgium, Germany, France, Italy, Malta, the Republic of Ireland, and Switzerland will participate in the competition comprising 70 percent refugee and 30 percent non-refugee players, announced UEFA on its website.