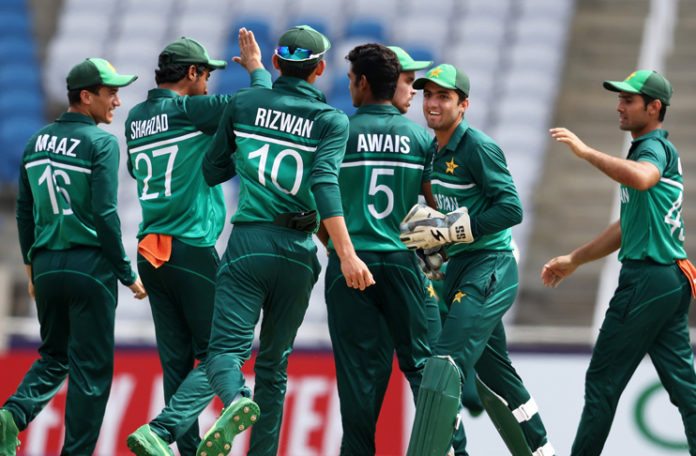 Afghani batters fought hard after they were set to chase 240 runs in 50 overs. Bilal Sayedi smashed 42 runs off 81 balls including three boundaries and a six followed by Ijaz Ahmad Ahmadzai scoring 39 with the help of two boundaries and as many sixes.

Apart from Awais and Qasim, Maaz Sadaqat bagged a wicket as Pakistan managed to restrict Afghanistan to 215-9.

Earlier, Abdul Faseeh (68) and Mohammad Shehzad (43) set the tone for Pakistan by scoring 60 runs together for the second wicket partnership.

Maaz, in the end, played handy knock of 42 runs to drive the Green Shirts to 239-9 in 50 overs. His innings included seven boundaries.

In their first match, Pakistan won against Zimbabwe by 115 runs. They will now face Papua New Guinea (PNG) in their last group stage match on January 22.