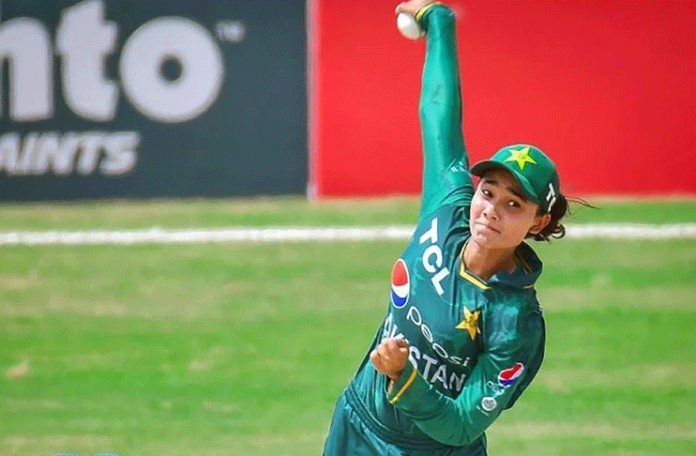 DUBAI: New entrant to international cricket Pakistan’s leg-spinner Tuba Hassan made a significant impact in her debut month as she has won the International Cricket Council (ICC) Women’s Player of the Month award for May 2022.

Tuba, for her brilliant home series with the ball against Sri Lanka Women’s team, won the ICC Women’s Player of the Month Award for May 2022.

The leg-spinner, who just played her first international game in May, found herself immediately in the nomination before winning the award in her first nomination.

In her debut international match, the leg-spinner shone with a splendid bowling figure of 3-8, which bolstered her to claim the Player of the Match award on her debut.

Tuba, however, then only managed to pick up a wicket each in the next two games but was outstanding with her economy. The leg spinner picked a total of five wickets in the series at an average of 8.8 and an astounding economy of 3.6; to claim the Player of the Series award in Pakistan’s 3-0 clean sweep.

To win the POTM title, Tuba edged past her skipper Bismah Maroof and 17-year-old Trinity Smith from Jersey.