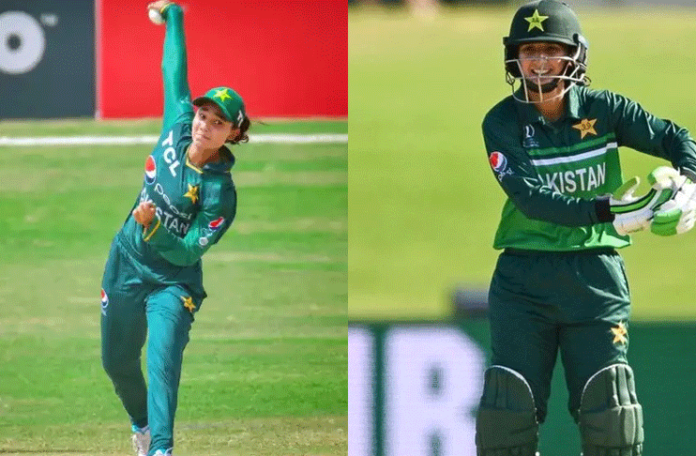 Pakistan national women’s team skipper led the side from the front in the T20I series and became the leading run-scorer with 65 runs.

The crucial knocks showcased by Bismah enabled her team to whitewash Sri Lanka 3-0 in the series.

Tuba, on the other hand, had a dream debut as she stormed through the Sri Lanka batting order in the first T20I. She was awarded Player of the match for her exceptional 3/8.

The leg-break bowler became the ‘Player of the series’ for her economical bowling and grabbing 5 wickets in the three-match T20I series against Sri Lanka.

The 17-year-old all-rounder, Trinity Smith of Jersey has also been nominated by the ICC for Player of the Month along with Bismah and Tuba.

It is pertinent to mention here that Pakistan women’s team maintained a successful run in the recently concluded historic tour of Sri Lanka to Pakistan after 17 years for a bilateral series. Pakistan whitewashed Sri Lanka in the T20I series while also the ODI series 2-1.