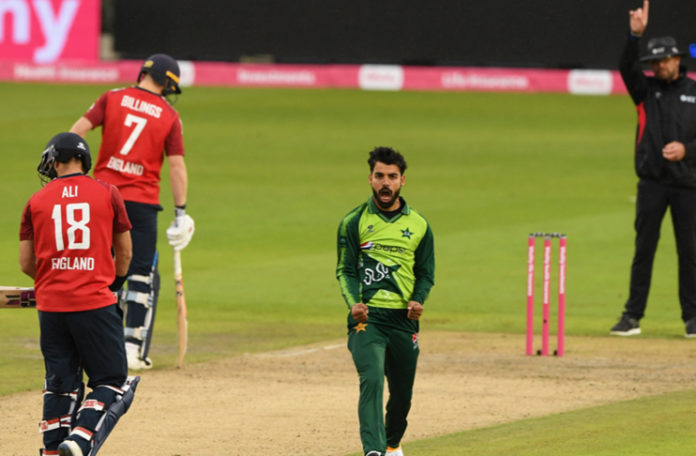 KARACHI: The fourth fixture of the seven-match T20I series between Pakistan and England drew massive attention from cricket fans as all the tickets for the Sunday clash have been sold out.

According to the details, the fourth match of the Pakistan-England T20I series, scheduled for September 25 at the National Stadium, is guaranteed to be a sellout as cricket fans will flock in droves to see England in action in the country after an almost 17-year absence.

All enclosure tickets are sold out due to the holiday, while the tickets ranging from 250 to 1500 PKR have become rare.

The VIP tickets for all four T20Is, scheduled here, have been sold out, while only a few enclosure tickets are available for sale for the first match on Tuesday, September 20.

Furthermore, Quaid-e-Azam, Imran Khan, and Majid Khan enclosures’ tickets worth PKR  750 have also been sold out for all four T20Is.

It is apropos to mention here that England set foot in Pakistan after a gap of almost 17 years to face the home side in a seven-match T20I series, scheduled from September 20 to October 2.