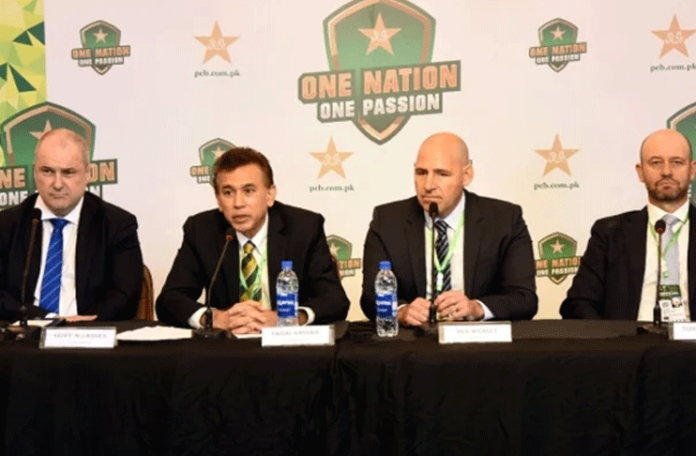 RAWALPINDI: The CEO of the Pakistan Cricket Board (PCB) – Faisal Hasnain said that Australia’s historic tour to Pakistan will portray the positive image of Pakistan to the world.

Faisal, while talking to the presser ahead of the historic Rawalpindi Test, said it is a historic day for Pakistan Cricket and the positive image of Pakistan will be portrayed to the whole world.

“Today is a historic day for Pakistan Cricket, as the Australian cricket team is going to play an international match here after a gap of 24 long years,” he said.

“Whatever the outcomes of this series, cricket has surely won and I think this historic tour will present a positive image of Pakistan to the whole world,” he added.

Faisal also said that the Pakistan cricket fans have waited for a long time to witness a big team like Australia to tour and play in their country.

“Pakistan cricket fans have been waiting for 24 years to see Australia and I think they will enjoy a tight competition between the two big teams,” he said.

Faisal then went on to say that this historic tour has been made possible by the untiring efforts of the two cricketing boards – PCB and Cricket Australia (CA).

On the other hand, Chief Executive Officer of CA Nick Hockley said that Australia received a warm welcome in Pakistan and thanked the PCB and the cricket fans for their immense support.

“Today is a historic day for Pakistan for which we worked tirelessly. We received a very warm welcome upon our arrival here,” he said.

“I would also like to thank the PCB and the cricket fans here, our confidence has lifted even more by seeing the preparations here,” he added.

On this occasion, the CEO of the Australian Cricketers’ Association Todd Greenberg said that the Aussie cricketers were waiting for so long for this tour.

“Our players were waiting for quite a long for their tour to Pakistan,” he claimed.