Home Other Sports The Masters: Sung-jae slips as Scheffler takes the lead after Round 2
Facebook
Twitter
WhatsApp
Email
Telegram 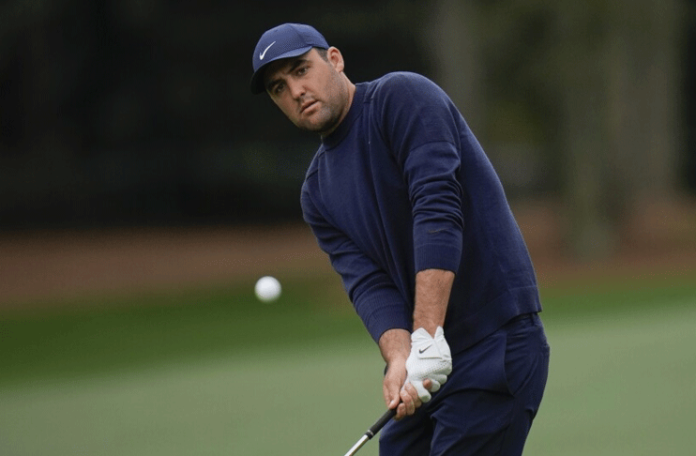 AUGUSTA: The world’s number one Scottie Scheffler shot 67 to take a commanding halfway lead at the ongoing Masters 2022, here at Augusta National on Friday.

The top-ranked player Scheffler, who is bidding for his first major win, dealt with the extreme weather conditions and shot 67 to take the halfway lead in the ongoing tournament.

Tiger Woods, who is playing in his first major event since a car accident 14 months ago, is one over par after a 74 in the second round after a 71 in the first.

Ireland’s Shane Lowry, who is currently sitting in the joint second place, almost took the lead but saw a short birdie putt on the 18th dribble past the hole.

Danny Willett of England, who started the day one shot behind South Korean Im, stormed his way to the top of the leaderboard following a strong front nine.

However, three consecutive bogeys after the turn dropped him off the place, and he finished on one under after a 74.

READ: The Masters: South Korea’s Im Sung-jae takes the lead after Round 1