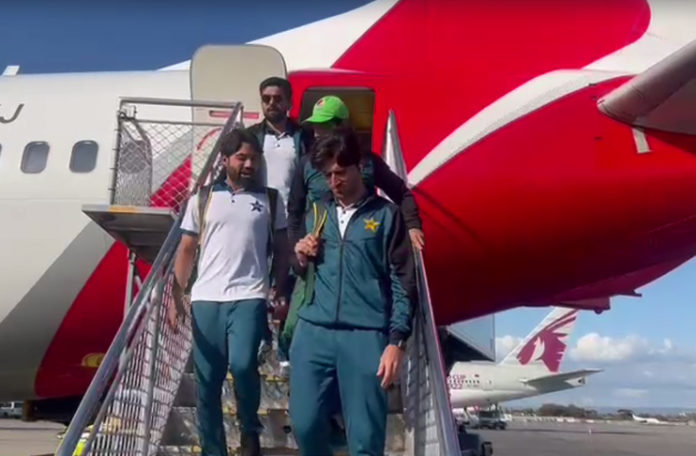 ADELAIDE: Pakistan Cricket team reached Adelaide on Friday ahead of their final clash of the Super 12s stage of the ICC T20 World Cup 2022 against Bangladesh on Sunday.

Albeit very slim chances to qualify for the semifinal of the tournament, the national team will be eyeing a comprehensive win against the opponents in order to strengthen their run rate, which could play a vital role in case of exceptional results in either of the other two matches scheduled on Sunday.

Sunday will mark the last yet critical day of the Super 12 round as all of the six teams of Group 2 will be up against each with India taking on Zimbabwe at Melbourne Cricket Ground while South Africa will compete against group laggers Netherlands at Adelaide.

Pakistan, on the other hand, sealed a sensational win against Proteas on Thursday in Sydney and gained two more points and a major boost in their confidence after they lost the first two matches of their World Cup campaign, including an upset defeat against Zimbabwe in Perth.