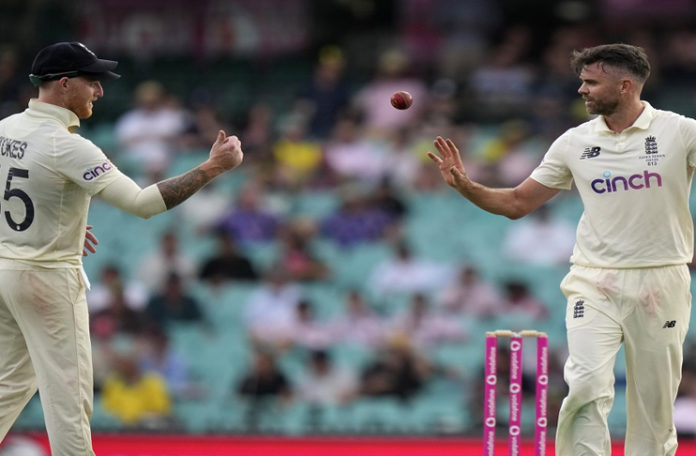 LONDON: England veteran right-arm pacer James Anderson revealed the incident from the hosts’ dressing room amid Edgbaston Test against India and claimed the skipper Ben Stokes asked him to score the winning runs for the team.

With England approaching the record target on the final day of the rescheduled Test, Anderson revealed that discussions were taking place about who would bat next, with Stokes – usually England’s No.6 – suggesting that others in the dressing room take the chance of hitting the winning runs.

“Because there was a new ball coming up, they thought, ‘Let’s try and finish it before the new ball. So if we lose a wicket, we’ll send Broady in and he can literally just try and hit every ball for six’. Between 67 and 75 overs or something like that. So then the deeper we got – I think it was about 20 runs left – Broady was like, ‘Right, that’s me done, someone else can go in next’,” Anderson revealed.

“So then Stokesy comes up to me and said, ‘You’ve never hit the winning runs. So if we need four to win, and [Ravindra] Jadeja’s bowling for example, do you fancy going in and hitting the winning runs?’ I just felt really uncomfortable with it. I thought it was a little bit too piss-takey. So I was like, ‘I’m not sure I’m comfortable with that’,” he further claimed.

The veteran pacer then went on to reveal that following this incident no one in the dressing room had padded up to go in and finish the job at No.6 as Sam Billings was the latest batter to have turned down Stokes’s idea of taking the chance to score the winning runs.

“So then he goes to Sam Billings who was batting at seven. ‘It’s a great chance to hit the winning runs in a Test match’. And again, he was like, ‘No, no, no, you’re next, you’re the captain you should go’. So we ended up, 20 runs left, Stuart Broad had decided he wasn’t going in, so he took his pads off,” Anderson disclosed.

“Sam Billings didn’t have his pads on. I wouldn’t put my pads on. And Ben Stokes also didn’t put his pads on. So we had no one padded up for the last 20 runs of that game. That’s how relaxed everyone was,” he concluded.

It is pertinent to mention here that England, in the end, did not need a No.6 as they defeated India by seven wickets on the back of an astounding unbeaten partnership between Joe Root and Jonny Bairstow.