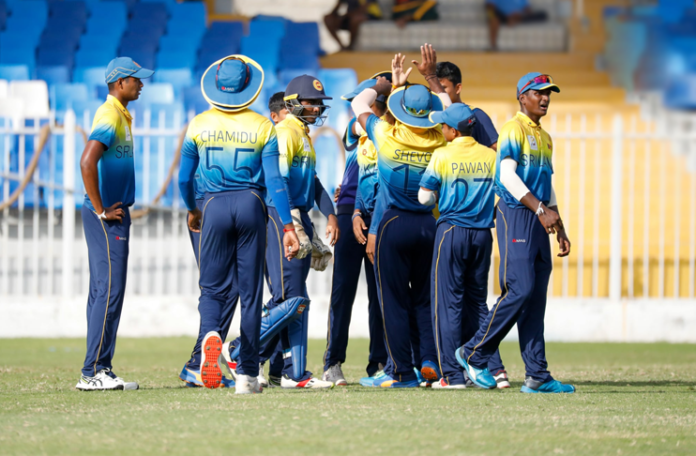 In the eighth match of the tournament, Sri Lankan captain, Dunith Wellalage won the toss and elected to bat first. The side, however, had an average start to their innings; losing their first wicket at a combined score of 39. Shevon Daniel dismissed after scoring 17.

Wickramasinghe and Rajapaksa, then partnered strongly; adding 223-runs to the team’s total. Both the batters scored terrific centuries and assisted their side to post a commendable total of 323/4 in the allotted 50 overs. Wickramasinghe scored 111 off 126 balls, including eight boundaries and two sixes.

Rajapaksa was even more impressive; scoring 131 for just 119 balls, and smashing 11 boundaries and two sixes. Wellalage played a handy cameo of 34 runs at the depth.

For Nepal, Mohammad Aadil Alam took two wickets, while Bibek Yadav and Dev Khanal each struck out a batter.

Chasing 324, the Nepal batters could not go big and were a touch too slow. Arjun Saud top-scored with 64 off 80 balls, laced with three boundaries and two sixes. Bibek, on the other hand, tried to turn things around, but, fell unlucky and was run-out. He scored a quickfire 46 off 29 balls, including three boundaries and as many sixes.

With a little to none contribution from the rest, Nepal, in the end, bowled for 262; losing the match by 60 runs.

READ: Batters drive Pakistan to victory against India in U19 Asia Cup