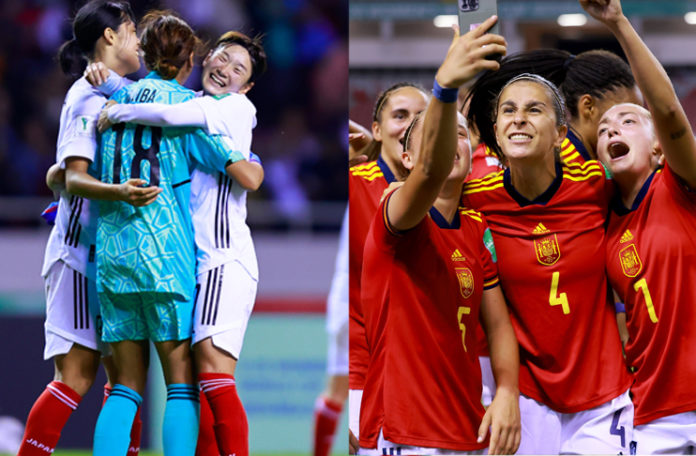 SAN JOSE: Reigning champions Japan will continue the title defence of the FIFA U20 Women’s Cup as they booked the final spot consecutively for the second time after defeating Brazil 2-1 in the semifinal, whereas Spain thumped the Netherlands to become the other finalist for Sunday’s closing game.

Maika Hamano shone for Japan after her scintillating goal just six minutes before the full time put the defending champions on a 2-1 lead over Brazil.

Japan went for a dominating start as they tested Brazil’s defence for a few times before Yuzuki Yamamoto netted the ball from outside the area in the 31st minute to make it 1-0.

Brazil retaliated in the second half as Miriam Cavalcante scored the equalizer in the 56th minute before Hamano blasted the decider and seized Brazil’s hopes to to qualify for the final.

Meanwhile, in the other semifinal between Spain and the Netherlands, Inma Gabarro continued with her sublime form as she scored double to help Spain thump their European opponents 2-1.

Gabarro scored two back-to-back goals in three minutes to put Spain on a 2-0 lead in the first half. The Dutch side, however, responded in the second half with Van Gool finding the nets in the 54th minute to reduce the lead to 2-1.

Spain will now face the defending champions Japan in the final of the FIFA U20 Women’s World Cup on Sunday, whereas, Netherlands and Brazil will compete for third place.