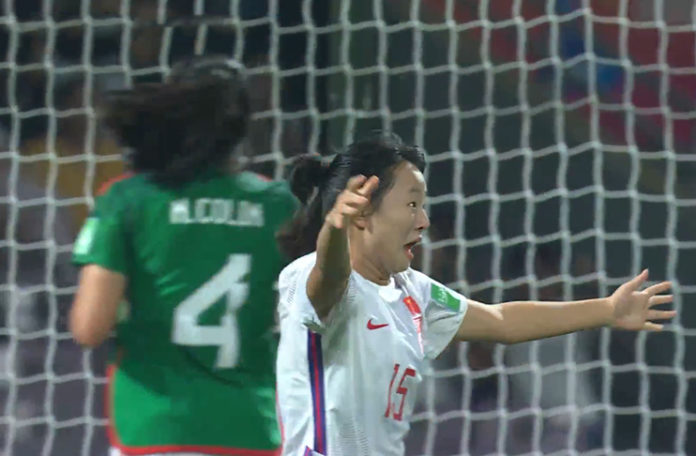 The highly-competitive Group C encounter between the two sides witnessed a goalless first half as both teams’ strikers tested opposition’s defences. Both goalkeepers, however, displayed remarkable grit as the scoreboard remained intact at 0-0.

Mexico’s Maribel Hernandez was rewarded with a penalty following a handball foul by Chinese defender, but failed to seize the opportunity as she hit the crossbar.

China’s Ruiqi Qiao then opened the scoring for her side as she successfully availed the awarded penaly in the 49th minute.

Yu Xingyue’s substitution in the 89th minute proved crucial for China as the midfielder, one minute in the field enhanced her side’s lead to 2-0.

Mexico’s midfielder Guijarro saved her side from a goalless defeat as she netted the ball in the stoppage time to reduce China’s lead to one.

Mexico then continued their expedition for the equalizer but the Chinese defence held their nerves calm to deny a draw as their goalkeeper blocked a couple of attempts and bolstered her side to an opening victory.

Meanwhile, the Group D fixture between Canada and France resulted in a 1-1 draw and the two teams shared a points each.