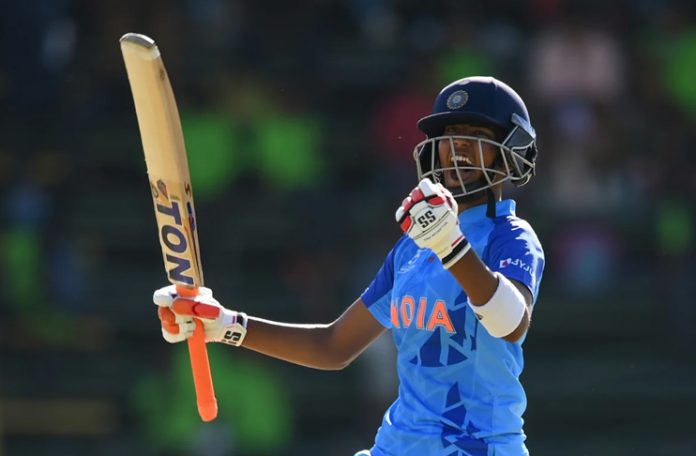 BENONI: Shweta Sehrawat smashed an astounding knock of unbeaten 92 from 57 balls to help India seal a thumping win over South Africa in the Group D encounter of the inaugural ICC U19 Women’s T20 World Cup, here on Saturday.

Set to chase a respectable target of 167, openers Shweta and Shefali Verma led the charge of the Indian side, who chased the required total with 7 wickets in hand and 21 balls remaining.

Skipper Shefali made a blistering 16-ball 45 laced with nine fours and a six to set the tone of the chase and steered the side to 77/0 in seven overs before Maine Smit earned the first breakthrough for South Africa, dismissing the Indian captain.

Shweta, however, continued to sizzle as he blasted 20 boundaries during her match-winning innings to take India to a commanding win in their opening encounter.

Earlier, Simone Lourens scored 61 off 44, while Madison Landsman smacked 32 from 17 balls, laced with five fours and a six to steer South Africa to 166/5 in the allotted 20 overs after they elected to bat first.

Captain Shefali took two wickets while Sonam Yadav and Parshavi Chopra had a scalp each.

Meanwhile, in another fixture on Saturday, Sri Lanka Women beat the USA by seven wickets.