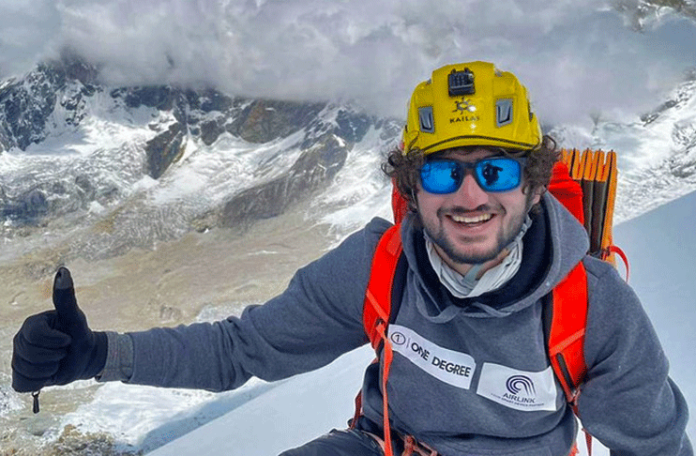 GILGIT: In yet another achievement, the 20-year-old Pakistani mountaineer Shehroz Kashif became the youngest climber in the world to summit Nanga Parbat -8126 meters.

According to details, Kashif reached the summit of Nanga Parbat, located in Gilgit-Baltistan – the ninth highest peak in the world – this morning to achieve the remarkable feat.

Kashif, who already holds the record for being the youngest mountaineer to reach the summit of Mount Everest and K2, has now ascended his eighth peak above 8000 meters with this summit.

Secretary Alpine Club of Pakistan Karrar Haidri confirmed the Nanga Parbat summit by  Kashif this morning and congratulated the young mountaineer for his remarkable achievement.

He also extended best wishes to the young mountaineer in his quest to become the youngest climber to summit 14 peaks above 8000 meters.