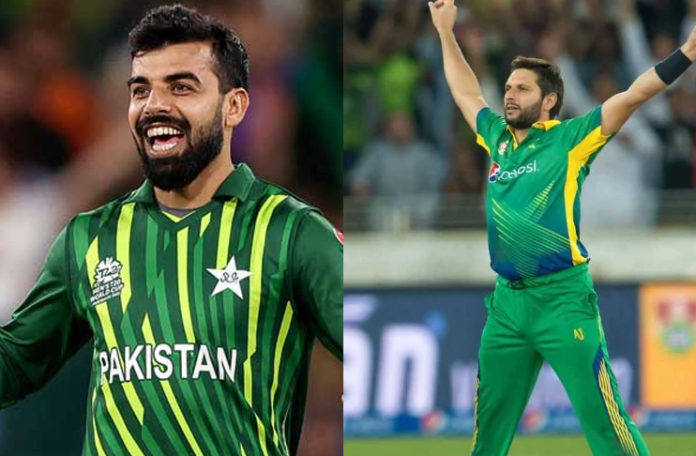 ADELAIDE: Pakistan all-rounder Shadab Khan equalled his legendary counterpart Shahid Afridi’s long-standing record for the most wickets for the country in the shortest format.

The leg-spinner took two consecutive wickets in the 11th over of the Bangladesh inning to go level with the legendary all-rounder Afridi.

Shadab has taken 97 wickets in 82 innings thus far, while Afridi took 98 appearances to set the milestone.

Following Shadab and Afridi, Umar Gul and Saeed Ajmal hold the second spot with 85 scalps each, while Haris Rauf has 70 wickets to his name.

It is pertinent to mention that Pakistan outclassed Bangladesh in a virtual quarter-final to confirm their berth in the semi-finals of the mega event.