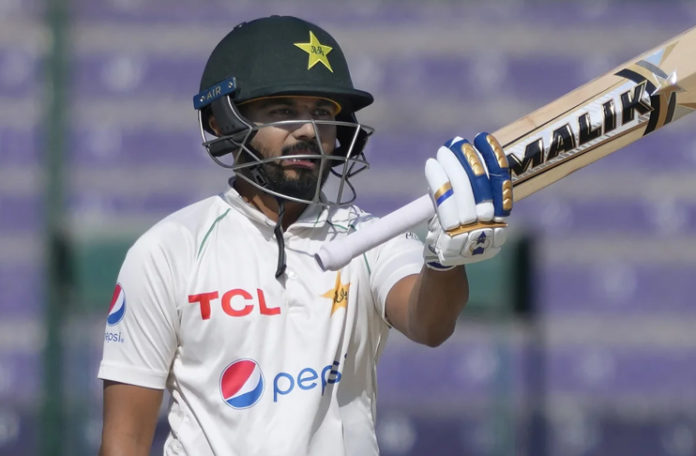 DUBAI: Pakistan’s rising batting star, Saud Shakeel, made a big move in the latest ICC Test batter’s tanking as he jumped twenty spots to secure 30th place on the list.

In the latest update of the ICC players ranking on Wednesday, middle-order batter Saud was rewarded for his scintillating performance in the recently-concluded two-match series against New Zealand.

He scored his maiden century in the first innings of the second Test. The left-handed batter has so far made 580 runs with help of five fifties and a lone ton in the five matches he played since his debut in December last year.

Another big mover on the list was Australia’s, Usman Khawaja, who smashed an unbeaten 195 in the third and final Test against South Africa, as he moved to the 8th spot.