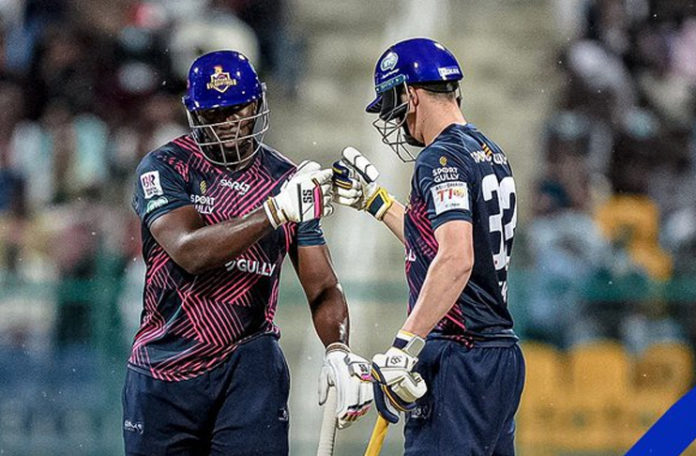 Set to bat first by Dehli Bulls, Russell and Cadmore provided magnificent start to Gladiators as they both put up the highest partnership of the event. They scored 159-0 to set Bulls to chase 160 in 10 overs.

Russell smashed 90 runs off 32 balls laced with seven sixes and nine boundaries. Cadmore followed in his footsteps and fire powered 59 runs off 28 balls including three boundaries and five maximums.

In reply, Bulls managed to score 103 for the loss of seven wickets. Chandrapaul Hemraj top scored with 42 runs for Bulls.