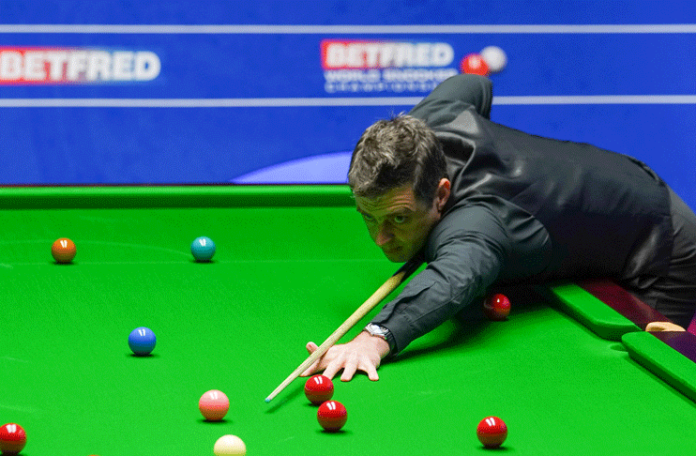 SHEFFIELD: English Snooker player Ronnie O’Sullivan secured a crushing second-round victory as the fourth-ranked cueist thumped the 13th-ranked Mark Allen to book his spot in the quarter-finals of the ongoing World Snooker Championship.

In the second-round fixture, Ronnie thrashed Allen by the scores of 13-4 in the Best of 25 to book a quarterfinal berth in the ongoing tournament.

The first two frames of the match, promised a thriller as Ronnie pulled ahead by winning the first frame and Allen responded with a century in the second to cut the former’s early lead.

Ronnie then showed his class and secured five consecutive frames to attain an early and massive lead over Allen 6-1.

Allen then again looked to bounce back as the Irish cueist claimed the next two frames to cut the margin to 6-3 only for Ronnie to restore and even extend his lead to 10-3 by winning the next four frames.

Allen’s last ray of hope glimmered in the 14th frame as he scored a brilliant century to secure his fourth frame of the game, while Ronnie winning back to back three frames denied any chance of the former’s comeback and the English veteran secured a comprehensive 13-4 victory.

Both the cueists scored two centuries each in the second-round match. Ronnie scored the best break of match 131, which came in the third frame.

In another second-round fixture, Stephen Maguire defeated Zhao Xingtong by 13-9 to make it to the last eight of the tournament.