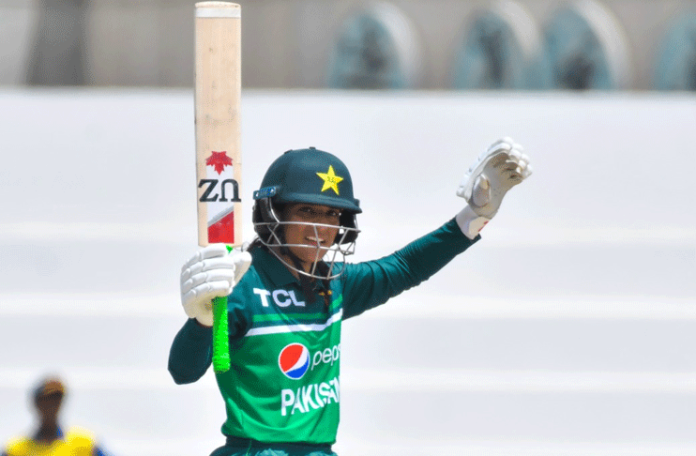 KARACHI: Various records tumbled during the second ODI between Pakistan and Sri Lanka as the Green Shirts defeated Sri Lanka by 73 runs on the back of a brilliant century of Sidra Ameen.

Pakistan’s in-form batter, Sidra, who shone in the second ODI with a brilliant century knock of 123 runs, registered herself in various records.

With her two centuries in Women’s ODIs, Sidra has become just the second Pakistani batter to score two centuries in the format. The batting all-rounder Javeria Khan was the first to achieve this feat.

Sidra and her opening partner Muneeba Ali, as a pair too, were splendid as they claimed two records with their astounding 158 runs opening partnership in the second ODI.

Pakistan captain Bismah, on the other hand, also achieved a milestone in her anchoring knock of 36 as she surpassed Javeria to become the country’s leading run-scorer in women’s ODIs.

It is apropos to mention here that Pakistan defeated Sri Lanka by 73 runs in the second ODI to take an unassailable 2-0 lead in the ODI series. Green shirts’ opening batters Sidra and Muneeba shone with a century and a fifty respectively, while the right-arm pacer Fatima Sana wreaked havoc over the Sri Lankan batting lineup with the ball; taking four wickets for a mere 26 runs.