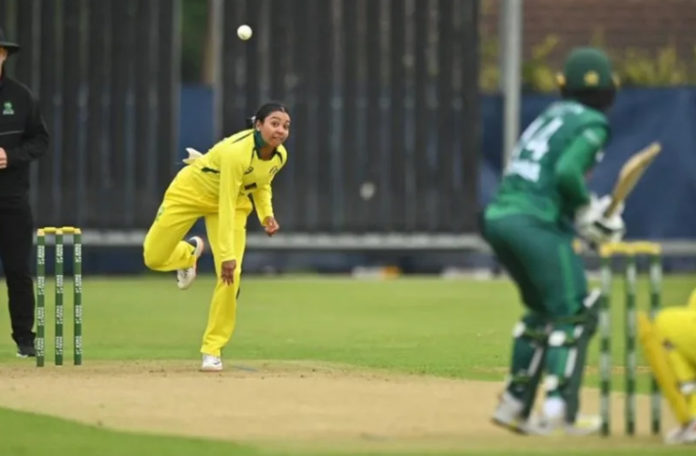 BREADY: All-rounder Alana King struck three wickets in an over but in vain as the rain washed out the first tri-nation series encounter between Pakistan Women and Australia, here at Bready Cricket Stadium on Saturday.

King stormed through the middle order as she dismissed Kainat Imtiaz, Ayesha Naseem and Aliya Riaz for golden ducks in the seventh over to restrict the Green Shirts on 47/6.

However, the game was called off due to rain after the 8th over with Pakistan struggling at 54/6 despite a promising start of by the openers reaching 29 runs in three overs.

Megan Schutt made the initial breakthrough as she bowled out Iram Javed on 12 before Ashleigh Gardner struck twice in the fifth over sending skipper Bismah Maroof and Muneeba Ali back to the pavilion.

Pakistan will now encounter the hosts Ireland in their second encounter of the tri-nation series on Tuesday after the hosts and Australia will face each other on Sunday.