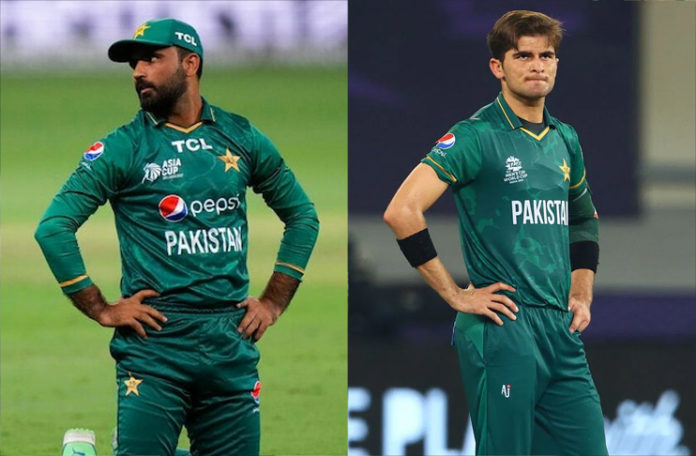 In an official statement released by the PCB, the cricket governing body in Pakistan announced that the left-handed top-order batter Fakhar will depart for the United Kingdom (UK) to undergo rehabilitation.

“Fakhar had landed awkwardly on his right knee while fielding during the ACC T20 Asia Cup final in Dubai. As per the protocols, the PCB has scheduled his medical appointments with specialists who will be providing the best medical care for his rehabilitation,” the PCB said in the statement.

“During his stay in London, the PCB will make all relevant logistical arrangements for Fakhar and he will remain under the supervision of the PCB Advisory Panel, which includes Dr Imtiaz Ahmad and Dr Zafar Iqbal,” the statement further read.

The PCB also clarified the internet conjecture around ace bowler Shaheen’s rehabilitation and issued an update on the left-arm pacer, who is expected to make a full recovery in time for the ICC Men’s T20 World Cup 2022.

“The PCB is also pleased to advise and update that Shaheen Shah Afridi is making excellent progress in his rehabilitation in London and is on track to make a full recovery in time for the ICC Men’s T20 World Cup Australia 2022,” the PCB stated.

“It goes without saying that the PCB has always been and will continue to be responsible for arranging medical care and rehabilitation of all its players requiring any treatment,” the statement concluded.