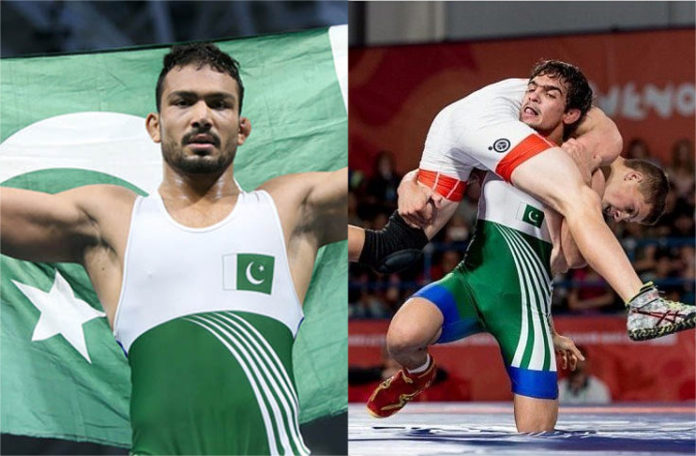 BIRMINGHAM: Pakistani wrestlers Inam Butt and Inayatullah shone on the opening day of the Commonwealth Games 2022 Wrestling event as the national wrestlers won their respective matches to book their spots in the finals.

In a first, Inayatullah bagged a resounding 10-0 victory as he dashed Malta’s Adam Vella in 2 minutes and 45 seconds to reach the quarter-final of the Men’s Freestyle 65kg category before sinking his Nigerian opponent Amas Daniel 4-0 to move one victory away from a medal.

The reigning gold medalist Inam, on the other hand, carried on his last year’s momentum to pound his Scottish opponent Kieran Malone 11-0 in the Round of 16 clash to move a step closer to his medal expedition as he too, booked his quarter-final spot.

It is pertinent to mention here that Inam will take on Australia’s Jayden Lawrence in the quarter-final today.