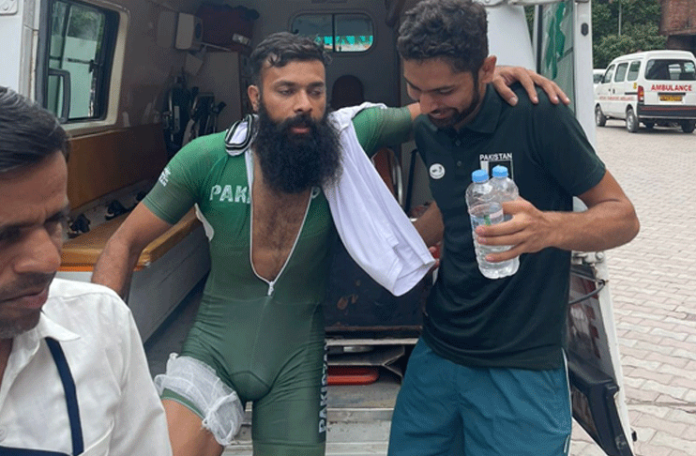 NEW DELHI: Pakistani Cyclist Zahoor Ahmed has been injured and ruled out of the Asian Track Cycling Championship, following a crashing incident, here on Sunday.

Zahoor was ruled out of the Championship as he faced an injury after colliding with a Korean Cyclist during the competition.

It is pertinent to mention here that four Pakistani cyclists have been participating in the 41st Asian Track Cycling Championship, currently underway in New Delhi, India.