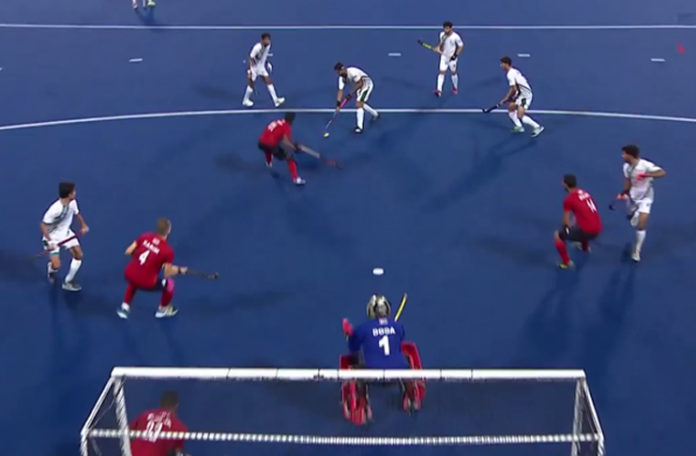 IPOH: Pakistan hockey team clinched their first victory in the ongoing six-team Sultan Azlan Shah Cup on Monday as they beat Egypt 4-1 in their last game of the round-robin stage.

After two defeats and two draws in the first four matches, the Umar Bhutta-led national side has already lost its contention for the title.

Rana Abdul Wahid opened the scoring for the Green Shirts with a penalty stroke in the 12th minute before Muhammad Sufyan Khan doubled the lead in the second quarter on a penalty corner.

Men in Green aggravated their attack in the third quarter as Liaquat Arshad scored a superb field goal in the 38th minute before Sufyan hit the nets for the second time within the next five minutes to steer the side to a dominant 4-0 lead in the game.

For Egypt, Mohamed Ragab scored a consoling goal on a penalty corner in the 50th minute.

Following their lone win of the tournament, Pakistan finished in fourth after the conclusion of the round-robin stage and will now take on Japan in the 3rd-4th placing match on November 9 (Wednesday).

Meanwhile, Korea will face the hosts Malaysia in the final on November 10 (Thursday).