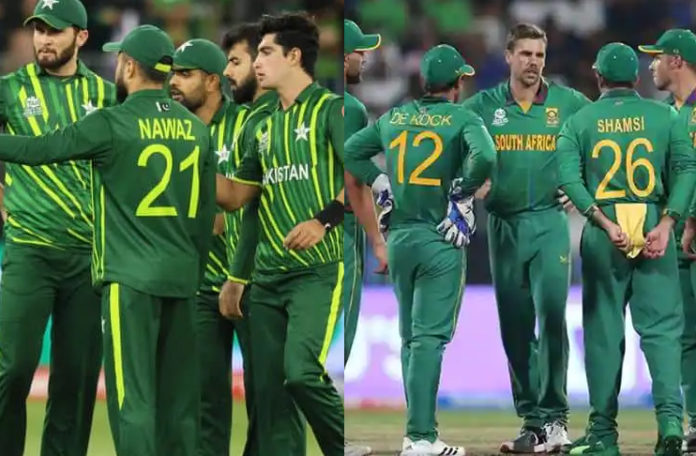 SYDNEY: The ICC Men’s T20 World Cup 2022 has so far been a bumpy ride for Pakistan as the chances to progress into the final four looks bleak for them but a win against the only unbeaten side of the tournament – South Africa – today could keep them in contention for a semifinal spot.

Albeit the fact that the Babar Azam-led side would not be masters of their destiny even if the results of today’s match come in their favour yet a win over Proteas could help Pakistan maintain their perfect record against the side in the T20 World Cups.

So far, both teams have faced each other three times in T20 World Cups – 2009, 2010 and 2012 – and each time the Green Shirts came out victorious with the barest of the margins.

Proteas, however, have the perfect combination at their disposal to turn the tables around this time, especially facing their furious pace attack would be a major challenge for Pakistan’s top order.

Pakistan would still want their openers – Babar and Mohammad Rizwan – to fire in a must-win match and lay a solid foundation. South African all-rounder David Miller, on the other hand, is keen to exploit the team’s top-order woes to keep them under extreme pressure.

However, with Fakhar Zaman ruling out of the World Cup due to an injury, Pakistan captain Babar would again reshuffle his men to form a perfect combination.

As far as bowling is concern, both teams have immense strength in their bowling attack and have paid both of them well in the mega event thus far.

Both teams have won their last Super 12s matches but South Africa’s testing and challenging triumph against India can turn out to be a major morale booster for them, while the Green Shirts also got their first two points with a victory over the Netherlands.

The current situation of the Group 2 points table hints that if Pakistan win today they could drag the qualifications till the last round of the group matches whereas if Proteas defeat Pakistan they will confirm their spot in the final four.