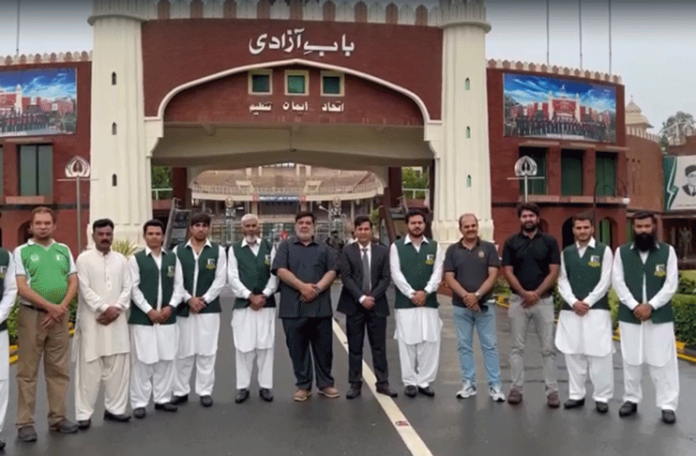 LAHORE: A seven-member team of the Pakistan National Cycling Team headed by Syed Azhar Ali Shah, President of the Pakistan Cycling Federation, on Friday, left for New Delhi via Wagah Border to participate in the 41st Asian Track Cycling Championship.

After finally receiving their visas, the Pakistani contingent comprised of four cyclists and three support staff has left for India to participate in the continental event.

Secretary Pakistan Cycling Federation Moazzam Khan interacted with the media amid the departure of the national team and claimed that good results could have been expected from the team if the visas were issued on time.

It is pertinent to mention here that the international event will take place in India’s capital New Delhi from June 19 to 22.