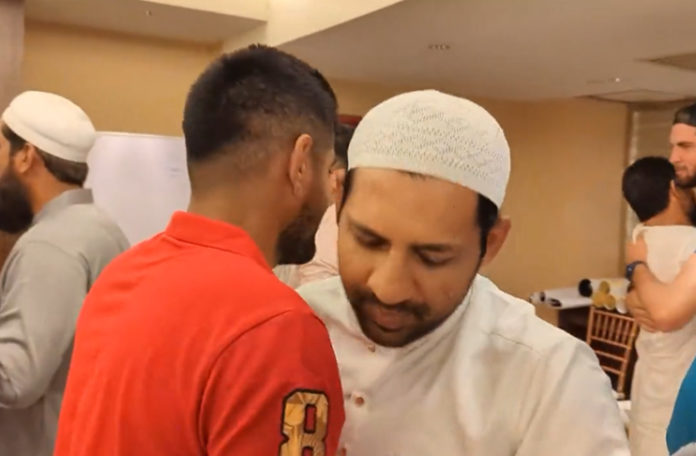 COLOMBO: Pakistan National Men’s Cricket Team, who are on the tour of Sri Lanka for the two-match Test series, celebrated Eid-ul-Adha here today.

Pakistan Test squad offered Eid prayers at the team hotel here before the team officials, players, and support staff greeted each other on this auspicious event.

Taking to Twitter, Pakistan Cricket Board (PCB) also shared the footage of the Pakistani contingent greeting each other after performing Eid prayers.

The players offer Eid-ul-Azha prayers at the team hotel.#EidAlAdha pic.twitter.com/03dzJD86kM

Following Eid celebrations, the Green Shirts have started their practice session today for the upcoming series as the team could not hit the training drills following the political unrest and protest in the country.

📸 Our boys are practicing at R. Premadasa International Stadium#BackTheBoysInGreen pic.twitter.com/9fBitu6SFE

It is pertinent to mention here that the Green Shirts will kick off their Sri Lanka tour with a warm-up match on July 12, followed by two Tests, scheduled from July 16 to 28.