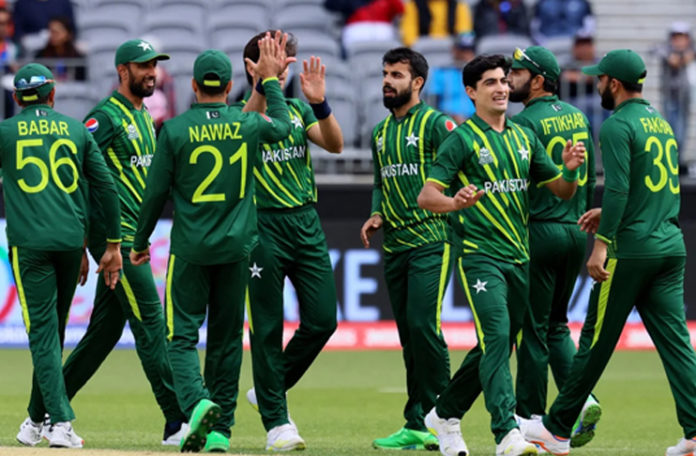 Set to chase 92, Pakistan comprehensively reached the target with 37 balls to spare and for the loss of just four wickets.

Rizwan top-scored for the side with a cautious 39-ball knock and remained one run short of his fifty as he fell prey to Paul van Meerkan in the 13th over.

Skipper Babar Azam, however, remained unfortunate as he failed to make it into the double for the third consecutive time in this T20 World Cup when substitute fielder van der Merwe ran him out with a direct hit at the bowler’s end.

Following Babar’s dismissal, Fakhar Zaman, who replaced Haider Ali in the playing line-up, joined Rizwan on the crease for an anchoring partnership of 37 runs and took the scoreboard to 53/1 in 7 overs before Brandon Glover dismissed the left-handed batter in a caught-behind wicket.

Opting to bat first, Netherlands batters showcased a dismal batting performance as eight of their batters failed to enter into double figures. Apart from a brief 35-run partnership for the fourth wicket between Colin Ackermann and skipper Scott Edwards none of the batters stood up to the challenge posed by Pakistan bowlers.

Ackermann top-scored for the side with a cautious 27-ball 27 while skipper Edwards contributed 15 off 20. The duo went back one after another in the 15th and 16th over, respectively and set the alarm bells ringing for the Netherlands.

Pakistan’s main strike bowler Shaheen Afridi provided the first breakthrough in the third over as the opener Stephan Myburgh was caught at fine leg by Mohammad Wasim Jr after scoring 6 off 11 while his partner Bas de Leede retired hurt after Haris’ bouncer hit him on the grille in front of the nose in the sixth over.

Leg spinner Shadab struck on the very first of his spell as No 4 batter Tom Cooper (1 off 2) pulled straight to mid-wicket where he found Wasim Jr.

Following the dismissal of Edwards, the rest of the batters were bundled out in single digits as the wickets kept on falling at regular intervals with Rauf and Wasim Jr dominating in the death overs.

For Pakistan, apart from Shadab, Wasim Jr bagged two wickets while Shaheen, Mohammad Nawaz and Naseem took a scalp each.