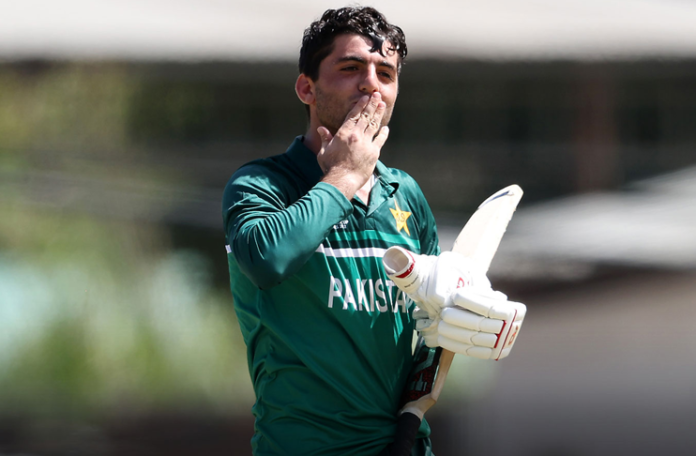 BASSETERRE: Haseebullah Khan scored a magnificent hundred before Awais Ali took six-fer to assist Pakistan to seal a thumping victory against Zimbabwe in the ongoing Under 19 World Cup, here on Monday.

Batting first, Pakistan post a massive total of 315/9 in the allotted 50 overs, thanks to Haseebullah’s astonishing 135. He faced 155 deliveries and smoked 10 boundaries and four sixes. Irfan Khan, too, was magnificent as the batter scored a brilliant 75 to cement the position of the green shirts.

The rest of the batters made small contributions before Pakistan finished their quota of 50 overs at 315/9; setting Zimbabwe to chase 316.

In the run chase, the Zimbabwean batting line-up bundled out for a mere 200 as Awais triggered the collapse; taking six wickets for 56. Ahmed Khan and Zeeshan Zameer, on the other hand, took two wickets each.

The right-handed batter Brian Bennett fought hard with his 83 but, he too, fell victim to Awais. He faced 88 deliveries and smashed 11 boundaries and a six.

This convincing victory against Zimbabwe has placed the green shirts on top of the Group C points table, while Zimbabwe demoted to the second.

The green shirts will take on Afghanistan on January 20 in their second fixture of the ongoing World Cup.