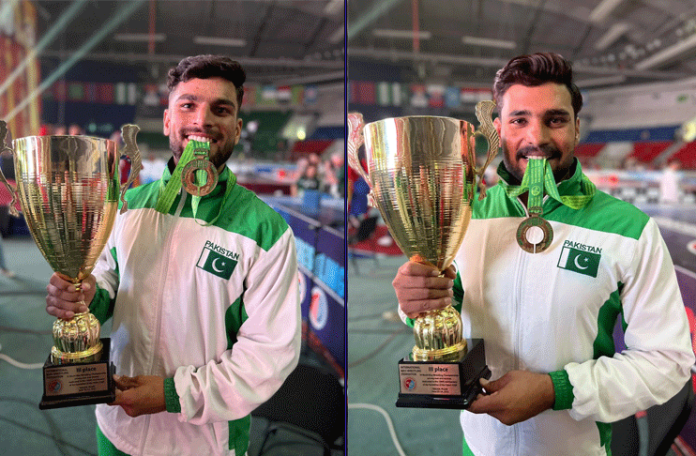 On the second day of the ongoing championship, the Pakistani wrestlers again displayed brilliance and bagged a total of three medals to take the country’s overall tally to five.

With five medals – three silvers and two bronze – Pakistan have now moved to the third position in the ongoing event.

Waqas Afzal Bhatti and Saad Mohammad, on the other hand, won a silver each in their respective weight categories to provide the team with a cherishing start on the opening day of the global event.

The global event features athletes from 45 countries, while Pakistan sent 11 wrestlers including one female.