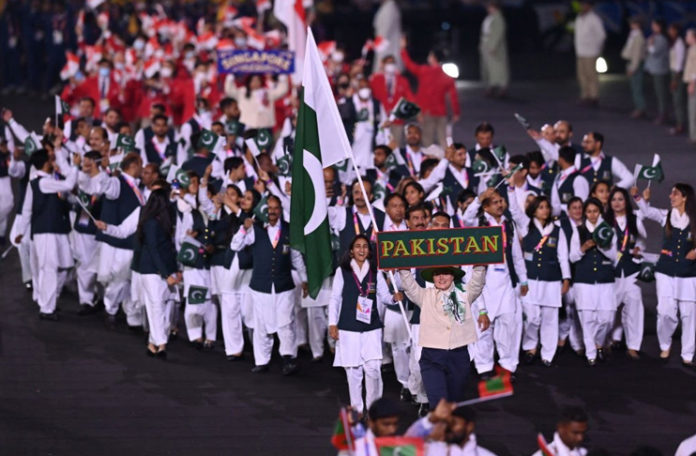 Wrestlers-led Pakistan contingent managed to secure 18th position out of 72 different nations and territories despite a frustrating start to their campaign.

The international event remained majorly dominated by Australia as the Kangaroos claimed 178 medals including 67 gold, 57, silver, and 54 bronze.

The hosts of the recently-commenced Games, England finished at the second position – just two medals shy of the leader Australia – with 176 medals including 57 gold, 66 silver, and 53 bronze.

India claimed an overall fourth position in the Games with 61 medals, comprised of 22 gold, 16 silver, and 23 bronze and also remained the top Asian country in the standings.

It is pertinent to mention here weightlifter Muhammad Nooh Dastgir Butt won the first gold medal for Pakistan before the star athlete Arshad Nadeem produced an astounding outcome in the Javelin throw final to bag the second gold for the country.

READ: Three athletes ruled out as Pakistan off to a dismal start in Islamic Games