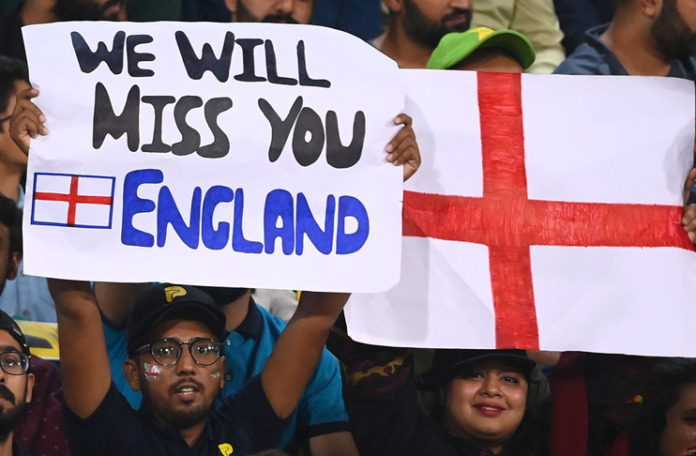 LAHORE: The recently-concluded T20I series between Pakistan and England drew huge interest from cricket fans as the seven-match series recorded the highest crowd turnout, the Pakistan Cricket Board (PCB) shared on Monday.

According to the details shared by the PCB, a total of 189,595 fans filled in the stadiums in Karachi and here amid the seven T20Is, which makes 97.35 per cent crowd attendance, the highest in the history of Pakistan.

For the first four T20Is, scheduled at National Stadium Karachi, the spectators’ attendance remained at 95.3 per cent as a mammoth 126,550 fans witnessed the thrilling series.

The fans’ enthusiasm was heightened here, as 63,045 people attended the Lahore-leg T20Is between Pakistan and England at Gaddafi Stadium, accounting for 99.4 per cent of attendance over three matches.

It is pertinent to mention that England thrashed Pakistan by 67 runs in the seventh T20I to seal the historic series 4-3.