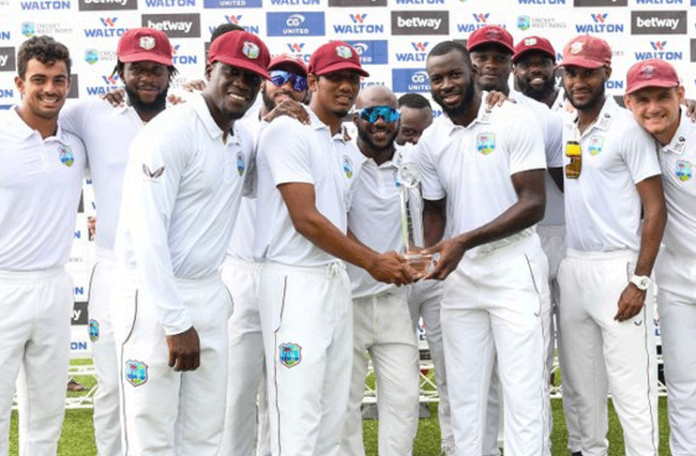 In a similar way as the opening test, West Indies finished with an easy win over the touring side inside four days in the second Test as well.

West Indies secured a mammoth 174-run lead as they scored 408 runs after bowling Bangladesh out on 208 in the first inning.

Bangladesh resumed the play on the fourth day, after the first two sessions were washed out due to wet outfield, with 132 for 6, and could only manage to play nine more overs after and add 54 more runs to their total.

Wicket-keeper batter Nurul Hassan remained the top scorer for Bangladesh in the second inning with his unbeaten 60 off 50 balls.

Set to chase a meager target of 13 runs the openers John Campbell and Kraig Brathwaite only took 17 balls to take their side home.

Kyle Mayers was awarded Man of the Match for his outstanding performance as he scored 146 runs after grabbing two wickets in the first innings.

READ: PCB confirms tri-series against Bangladesh and New Zealand ahead of WC