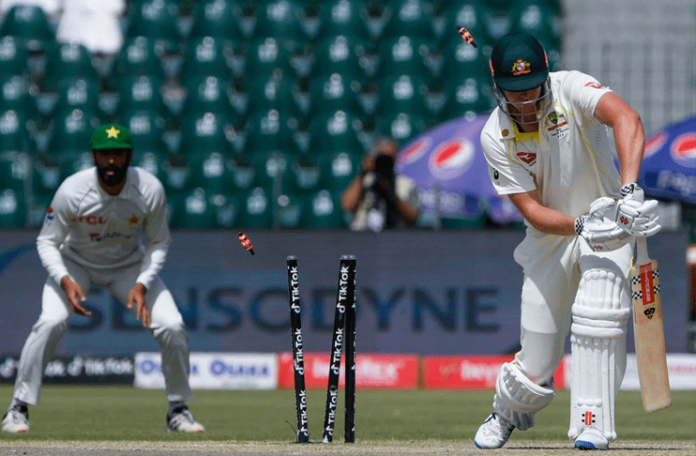 LAHORE: Australian all-rounder Cameron Green opened up about missing on a chance to score his maiden Test century, said nobody wants to miss out on the milestone.

Green while talking to the post-day virtual press conference expressed his disappointment in missing out on an opportunity to score his maiden ton.

“Nobody wants to be out close to hundred. Unfortunately, I couldn’t play more,” he said.

“A century has its own significance in Test cricket. I would have always remembered this feat if I ended up getting a ton,” he added.

The right-handed batter also praised Naseem Shah for his brilliant performance with the ball, while termed his dismissal ‘unfortunate’.

“Naseem bowled really well, we were looking for a long partnership, it is unfortunate for me to get out,” he said.

“Naseem made good use of the old ball. Hopefully, we too can get the ball to reverse swing when the ball gets old,” he added.

The Australian all-rounder further shared about his experience of batting on a sub-continent pitch, said he is learning to play according to the pitch condition here.

“I am still learning to play according to the conditions of the subcontinent pitches. We have to stay long at the crease here and the ball gets a low bounce,” he concluded.