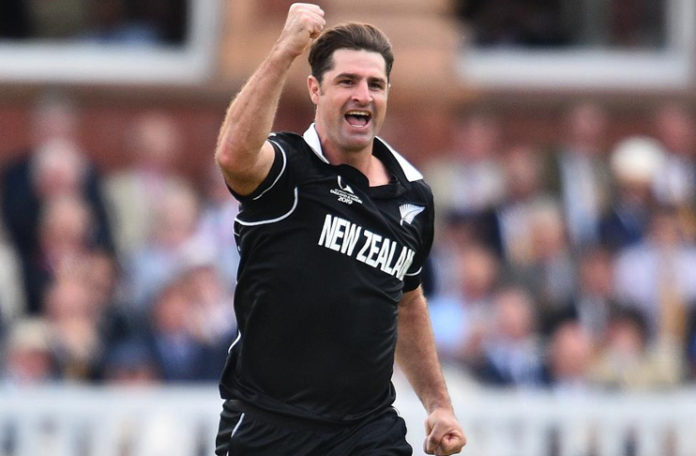 AUCKLAND: New Zealand allrounder Colin de Grandhomme on Wednesday announced retirement from international cricket citing injuries and enhanced competition in the national side across all three formats as the motive behind the decision.

According to International Cricket Council (ICC), Grandhomme called time on his international career after discussing the issue with New Zealand Cricket (NZC) and both parties agreed to release the all-rounder from his central contract.

“I accept I’m not getting any younger and that the training is getting harder, particularly with the injuries,” de Grandhomme said in a statement released by NZC.

“I also have a growing family and am trying to understand what my future looks like post-cricket. All of this has been on my mind over the past few weeks.”

De Grandhomme was a part of the New Zealand side that won the first World Test Championship as they beat India in the final held in 2021. He also played a crucial role in the 2019 Cricket World Cup campaign for the Black Caps, who ended up as runner-ups in the tournament after losing to England in a dramatic final at Lord’s.

“I’ve been fortunate enough to have had the opportunity to play for the Black Caps since debuting in 2012, and I’m proud of my international career – but I feel this is the right time to finish,” he said.

“Colin’s been a hugely influential part of the Black Caps and contributed to some of the team’s greatest achievements,” he said. “His immense power with the bat and skills with the ball made him a real match winner and an asset to any side.”

De Grandhomme played 29 Tests and ended up with two centuries, eight half-centuries, and took 49 wickets, including figures of 6 for 41 on debut against Pakistan in 2016. He also had 30 wickets and 742 runs to his credit in 45 ODIs. His 41 T20I appearances included 12 wickets and 505 runs.