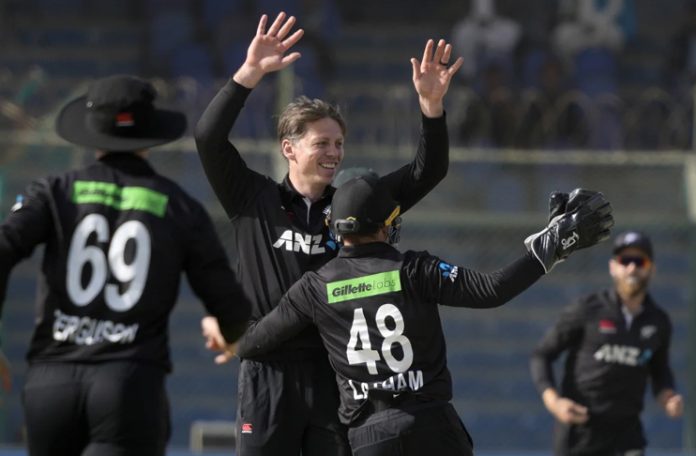 KARACHI: Following their 2-1 triumph over Pakistan in the recently-concluded ODI series, New Zealand departed for India to play a three-match ODI and T20I series.

According to the details, the Blackcaps squad left for India via a chartered flight on Saturday morning after their historic tour to Pakistan ended in their favour.

New Zealand, which toured Pakistan for a Test and ODI series, scripted history in the shorter format as they tasted their first triumph in the sub-continent after they beat Bangladesh in 2008.

Meanwhile, New Zealand captain Kane Williamson and veteran pacer Tim Southee will travel back to their country to prepare for the Test series against England, while Mark Chapman and Jacob Duffy will replace them for the India tour.

Williamson’s deputy Tom Latham will take the reigns in the ODI series against India and Luke Ronchi will take up the head coach role.

It is pertinent to mention that New Zealand will commence their India tour with the three-match ODI series, scheduled for January 18 to 24, followed by T20Is, scheduled on January 27 to February 1.