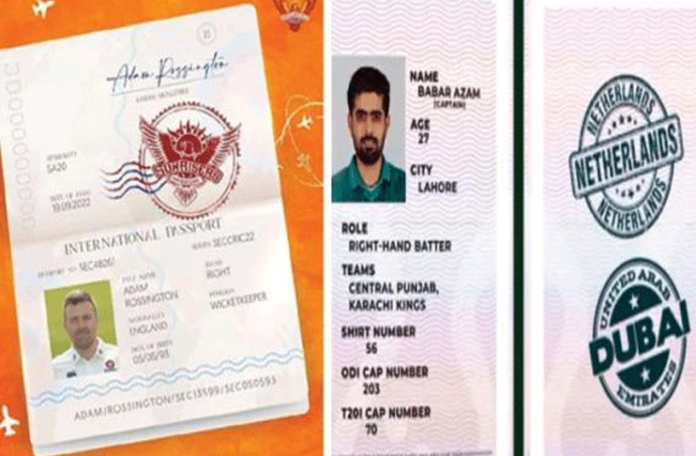 Following the inaugural draft of South Africa’s cash-rich league, one of its Indian franchises – Sunrisers Eastern Cape – announced their squad by pasting the pictures and details of drafted players on a concept passport, which the PCB did ahead of their tour to the Netherlands and the Asia Cup 2022.

When Eastern Cape posted the passport of English wicketkeeper batsman Adam Rossington on Twitter, Pakistani fans were quick to call out the Indian team for imitating the PCB’s idea.

A user advised the Indian franchise to give credits and wrote, “You guys should give credits, please.”

You guys should give credits please

Copy Past, Cought! 😜 You guys copied @TheRealPCB and it's media manager @IbrahimBadees the concept was launched by him for #Natherland tour and #AsiaCup . Steeling someone else's idea presenting it as yours! 😉