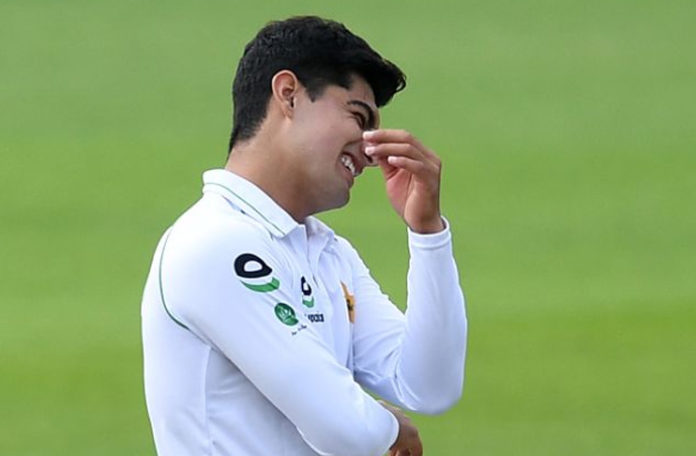 MULTAN: The participation of fast bowler Naseem Shah in the second Test between Pakistan and England is under doubt due to shoulder discomfort.

According to the sources, the right-arm speedster has reported pain in his right shoulder which could possibly lead to his exclusion from the Multan Test starting tomorrow.

With Haris Rauf ruled out of the remainder of the Test series due to a quad injury, Naseem’s possible absence in the second Test appears to be a major blow to the Babar Azam-led side who are already 1-0 down in the series.

Skipper Babar, however, made no mention of Naseem’s fitness concerns during his press conference held earlier in the afternoon.

Talking about the team’s playing XI for the upcoming Test, he confirmed that the team had been almost finalized and would soon be revealed once the deliberations on one final change reached the conclusion.

“We just have to decide whether we should go with Faheem Ashraf or Mohammad Wasim Jnr,” he stated.

It is important to note here that any official confirmation from the Pakistan Cricket Board on this matter is still awaited.

Meanwhile, England skipper Ben Stokes revealed his playing lineup for the Multan Test which included spearhead pacer Mark Wood in place of injured Liam Livingstone while the rest of the English side would remain unchanged.

READ: Injured Shaheen on road to recovery, hopes to return to field soon