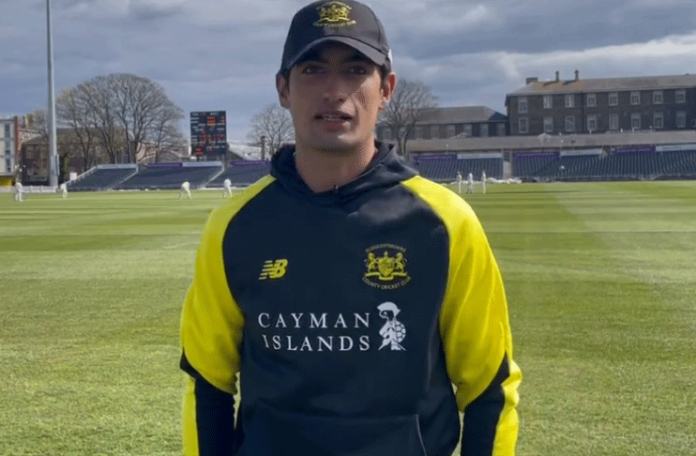 BRISTOL: Pakistan’s right-arm speedster Naseem Shah, who is representing Gloucestershire County Cricket Club in the ongoing County Championship 2022, will miss his side’s fixtures in April and May due to a shoulder injury.

The right-arm pacer, who suffered a shoulder injury in his debut match in the County Cricket, has been forced to miss the side’s remaining fixtures in April and May.

Naseem’s county club Gloucestershire, released an official statement regarding his fitness update and confirmed that the prior will be out of action for two months.

“Fast bowler Naseem Shah has been ruled out of Gloucestershire’s remaining County Championship games in April and May after picking up an injury to his shoulder,” the statement read.

Gloucestershire further shared that the 19-years-old pacer will undergo rehabilitation with the club’s medical team here.

“Naseem will undergo this process of rehabilitation in Bristol with the Gloucestershire medical team and will return to first-team action in time for the T20 Vitality Blast campaign,” the statement added.

The Pakistan and Gloucestershire quick suffered a shoulder injury in the opening round of the County Championship. #CountyCricket2022 pic.twitter.com/aA45B67ECS

It is pertinent to mention here that Naseem could only bowl in the first innings of the match, bowling 11 overs and picking up one wicket for 41 runs.