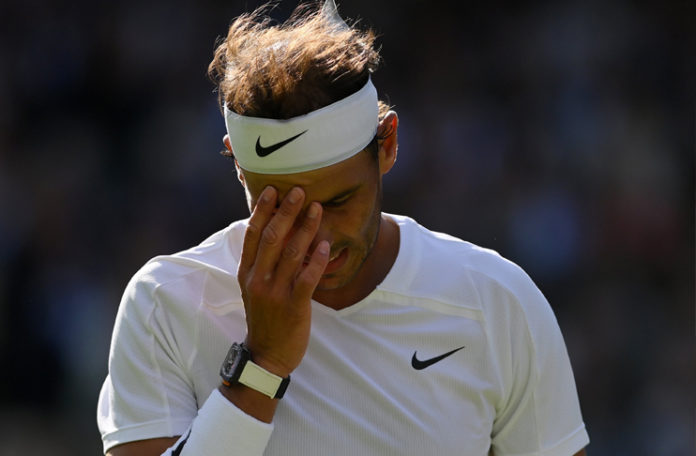 LONDON: The Spaniard Rafael Nadal announced on Thursday to withdraw from Wimbledon after failing to recover from his abdominal injury.

Nadal, who battled out the injury in the enduring quarterfinal against Taylor Fritz on Wednesday, has announced his withdrawal from the tournament in a press conference.

“I have to pull out of the tournament. As everybody saw yesterday I have been suffering with the pain in the abdominal area. I have a tear in the muscle,” he said

Spaniard’s semifinal opponent Nick Kyrgios, as a result, has received a walk over to the final where he will face either the defending champion Novak Djokovic or Britain’s Cameron Norrie.

Nadal was seen struggling with the injury during the hard-fought quarterfinal victory over Fritz, which lasted four hours and 21 minutes. The Spaniard also took medical time in the second set and returned to the court and recovered twice from a set down to claim a hard-earned victory.