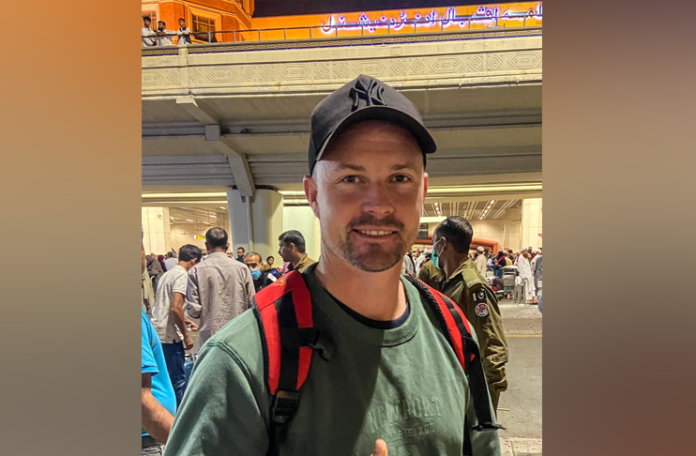 LAHORE: The mentor of the Pakistan Junior League (PJL) team Rawalpindi Raiders Colin Munro landed here in the wee hours of Wednesday as the one-of-its-kind league, scheduled to commence on October 6.

Munro, who is one of the PJL team mentors beside South Africa’s Imran Tahir, checked in at Allama Iqbal International Airport late at night on Tuesday.

Taking to Twitter, PJL team Raiders shared the picture of Munro’s arrival in the country.

It is pertinent to mention that the inaugural edition of the PJL will feature six teams and will take place from October 6 to October 21 at Gaddafi Stadium.

READ: Rizwan nominated for ICC Men’s player of the Month for Sept 2022