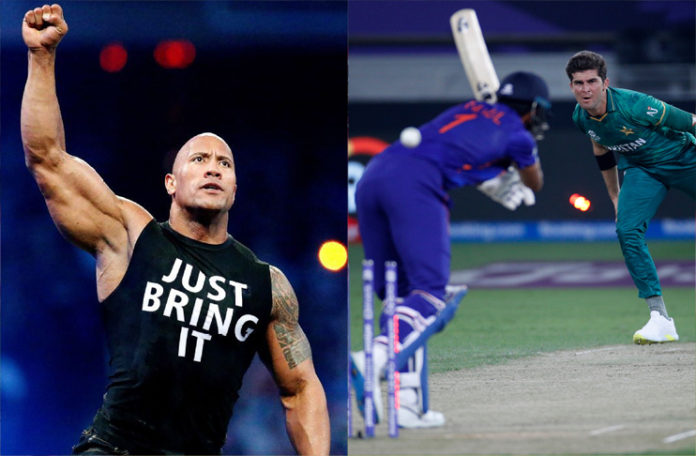 The Rock expressed excitement for the World Cup, where the two biggest rivals will face off while promoting his forthcoming film, Black Adam.

“When the greatest rivals collide, the world will stand still. This is more than just a cricket match. It’s time for India vs Pakistan,” said The Rock.

It is worth mentioning here that the former WWE superstar also played American football in his college days, thus, having a sports background before joining the wrestling and Hollywood industries respectively.

The two arch-rivals – Pakistan and India – will come face to face in their first match of the ongoing ICC T20 World Cup 2022.

In the recently-held Asia Cup 2022 in the United Arab Emirates (UAE) the two teams faced other twice and won a match each.

In the last edition of the T20 World Cup, however, Pakistan outclassed India by a massive margin of 10 wickets to end the jinx of not beating India in World Cups.