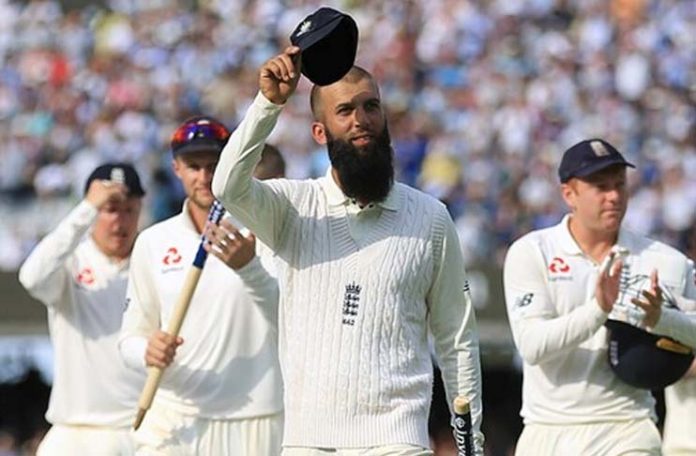 LONDON: England stand-in captain in the recently concluded T20I tour of Pakistan, has ruled out the possibility of making a return to the England red-ball side after he took back his Test retirement earlier this year.

The 35-year-old also revealed that he would not be part of the England Test squad for its upcoming tour of Pakistan in December.

“That’s a trip I won’t be making sadly. It’s not something I’m keen on doing any more,” wrote Moeen in his article published in the Daily Mail.

England are scheduled to play three-match Test series, commencing on December 1, against Pakistan on the latter’s home soil.

“I’ve had an honest chat with Baz (McCullum) and I can’t see myself being stuck in hotels for another month and playing to the best of my ability. Baz phoned me, we spoke at length and I said, “Sorry, I’m done”. He understands, he knows the feeling.” he added.

Earlier in June, Moeen announced his unretirement from Test cricket and showed his willingness to become part of England’s Test team on their tour of Pakistan.

However, in his recent article Moeen said: “Test cricket is hard work. I don’t think my mindset would be any different even if the restrictions were lifted in Pakistan. I’m 35 now and something’s got to give.”

Furthermore, he expressed that he wanted to enjoy his cricket and it wouldn’t be fair to reverse his decision and then struggle to give it his all.

“With the hectic limited-overs schedule and the franchise leagues I’ve committed to, any opportunity to spend time with my family is precious,” he added.

The England all-rounder announced his retirement from red-ball cricket last year in September after featuring in 64 Test matches for England. He took 195 wickets and made 2914 runs including five centuries and 14 half-centuries during his Test career.