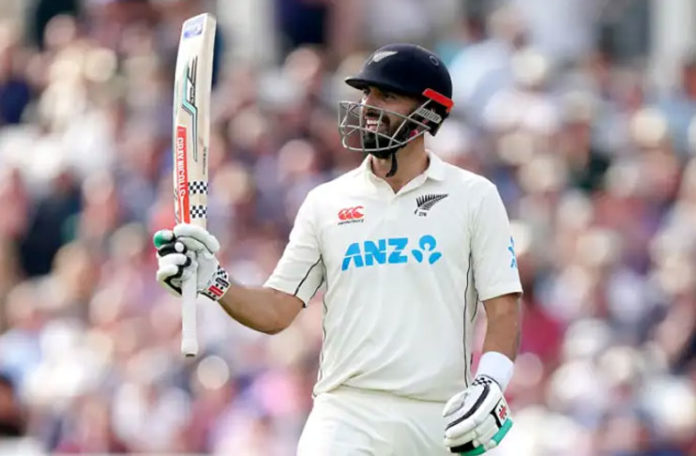 The recently-concluded Test series was majorly dominated by the home side as they whitewashed New Zealand 3-0 yesterday but if the touring side had to draw a positive from their frustrating outing, it would have surely been the splendid form of Mitchell.

The right-handed batter, who remained the top-scorer of the three-match series with 538 runs from six innings at an average of 107.6, registered a historic record to his name.

The 31-years-old scored 109 in the last Test and had earlier piled 108 at Lord’s and 190 at Trent Bridge. Following his triple tons, the Kiwi batter has become the only overseas batter after batting icon Sir Don Bradman to slam a ton in each of the first three Tests of a series in England.

Additionally, Mitchell is the only cricketer from New Zealand to score three successive hundreds against England in a Test series.

It is pertinent to mention here that England, under the new leadership of the head coach Brendon McCullum and the captain Ben Stokes drew cherishing results in their first assignment as they clean swept New Zealand 3-0.

READ: PCB confirms tri-series against Bangladesh and New Zealand ahead of WC