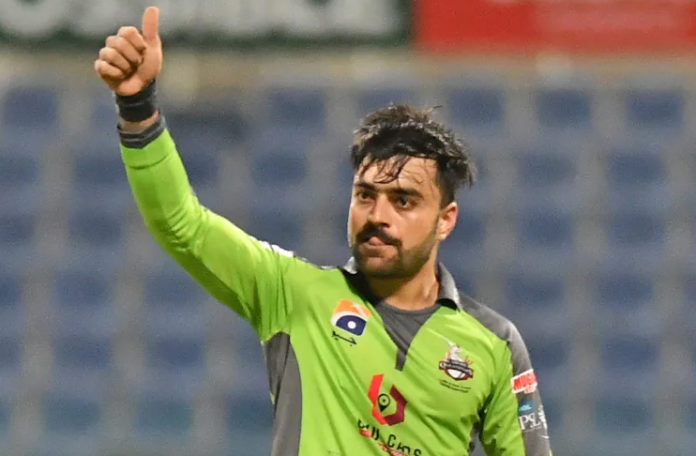 Before leaving the event, Rashid thanked his fans for all-out support to him and Qalandars. “It’s hard to leave PSL 7 and my fans here. But, I have to go due to my national commitments,” he said.

“I have always enjoyed playing for Qalandars in PSL. It’s like a family for me. My fans here are too supportive and their support makes me stronger,” he added.

Afghanistan’s spinner wished his franchise ‘best of luck’ and hopes that they will win their maiden PSL title this year. “I am leaving but my wishes are for my team. Inshallah, this time we will win PSL,” he concluded.

It must be noted here that Rashid will join Afghanistan’s squad who will play three ODIs and two T20Is against Bangladesh from February 23.

READ: ‘Faulkner will not be drafted in PSL in future’ PCB